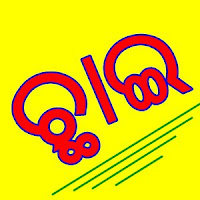 Chhai is one of the upcoming Oriya film in the year 2012. This upcoming odia film is presented under “Gulgulson Gulfam” production house. This film is produced by Rushi Pattnaik and story, screenplay and directed by Dr. Ajay Swain. The lyricist of the film “Chhai” is Dr. Dilip Srichanadan and music direction by Dipu Pattnaik. The casts of this odia film “chhai” are Sarat Pujari, Swastik, Archita, Ratan Meher, Muna Khan, Thin, Rushi, Hadu, Lina etc. The shooting of this film is going to start from 5th May 2012.

Till this article is incomplete. If you have any information about the Odia film “Chhai“ please fill the box below and submit this. We will add the information after that.
Back to Odia Movies>>
If you like this article then just spend only 5 seconds to share it with any social network such as Facebook, Twitter, Orkut, +1 etc.
0
Share FacebookTwitterGoogle+ReddItWhatsAppPinterestEmail