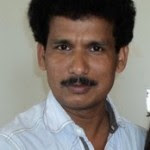 Now if you ask any one about who is the best comedian in Odia film industry or Ollywood ? then suddenly you get one answer, that is Papu Pam Pam. But actually his name is not Papu pam pam but the real name of Papu pam pam is Satya Prakash Satapathy. Do you know why he is popular by the name Papu pam pam then read the full biography of Papu pam pam to know more about him.

Now Papu Pam Pam is the laughter king of Odisha. He has attended more than 100 stage shows and TV serials and also he has acted in many Odia films as a comedian which makes the film more interesting for the audience. Papu Pam Pam or Satya Prakash Satapathy belongs from Katipada of Mayurbhanj district of Odisha. His father was the head master of a school who was a very good teacher. He was also awarded the reputed President’s award for performing magic. From his childhood Papu has a weak for Jatra, music and dance, So he performed in many Jatras on stage from his childhood.The educational qualification of Papu is B.Sc in Chemistry honours. After that he came to the capital of Odisha “Bhubaneswar” for making his career in acting. After some days he met the Odia super hero “Uttam Mohanty” who told Papu that in this days it is very hard to get a act in Odia film Industry. So he advised Papu to make career in Music industry. After that Papu has made more than 60 audio music but get no recognition. After eight years of struggling he got married in the year 2002 against his parents wish. So his family closed the door for him. In the year 2007 his family were getting together after Papu has a son.At that time some private FM radio channels are there in Odisha. So Papu tried to enter in to the Radio industry as a RJ (Radio Jorey) and also he got a job in Radio Chocolate (104) FM as a comedian named “Papu Pam Pam” who performed the jokes or laughter capsules which were his own scripted. After that his career keep a high boost. He accepted the offer from Tarang TV channel in the year 2009. After that he worked for both Tarang TV and Tarang Music. After that Papu has acted in many Odia films such as To Akhire Mun, Sanju Aau Sanjana, Diwana, Balunga Toka and so on with his own scripts. He has awarded the reputed Tarang Cine Award For Best Comic Award.

You can also see other Odia Actors Profile of Odisha